Warning: preg_match(): Unknown modifier '*' in /home/bdev/public_html/plugins/system/rsfirewall/rsfirewall.php on line 736
 Thanks a Latte for Grandparents - Baby Developer

Thanks a Latte for Grandparents 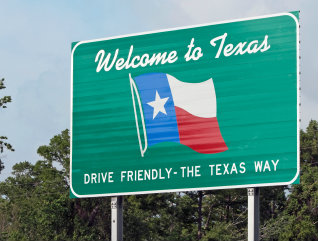 This past weekend was eventful because my father flew from Florida to visit Emma.  That is something no one will tell you when you become a parent; no one actually comes to see you any more.  People fly halfway across the country to visit your little one and when they reach you door, they grab their grandchild and happily start talking in baby talk to them.  Only after about 10-15 minutes and the first round of selfies with baby does anyone look up, notice you there, and say  "oh! and it's good to see you TOO!"  (that is, unless there is a diaper situation, then the euphora is momentarily cut short when they will missile lock upon you, hand you the child, and anxiously await the return of said child, with clean hiney).

One thing my father excels at is taking us out to dinner when he visits.  He knows that we tend to stay on a strict budget of not eating out (Dave says no) and my poor husband gets sick of my crockpot meals.  So we took my daughter out for Hibachi thinking it would be entertaining for her, great food for us, and leftovers for tomorrow.  As the 20-something waitress took our order, my father thoroughly confused her by ordering my 11 month old daughter a "Kirin beer, no glass."  My daughter continued to play with her Cheerios as the waitress stammered out, "umm, I think she is too young."  Seriously honey?? Are you sure you don't need to card her to be safe?  I smiled and said he is kidding although it really seems like that could be inferred.  Maybe the waitress has seen Bad Grandpa too many times.

As the chef got started, my daughter's eyes got quite large while the flames leapt up and he began twirling knives.  Her bottom lip quivered for a second and I thought she might cry.  However, on a daily basis, my husband jumps out and tries to scare her, "fake" drops her, and other assorted activities to "toughen her up."  As the chef started actually throwing the food on the grill, my daughter decided that Sophie the Giraffe was actually more exciting.  An example that kids are hard to predict.

Another example would be my father deciding to fish the lemon wedge out of his water to give to my daughter.  He had an evil grin as he tried to entice her with the "yummy treat" he had for her.  I pulled out my iPhone to take the inevitable sour face picture of her to post to Facebook.  Instead, she started chumping down on it to the rind.  I think it felt good on her gums as I remembered she is part Barracuda with her now 10 teeth.  I then had to risk serious injury to my fingers to fish the lemon wedge out of her jawlock, thinking I didn't want her to swallow the lemon peel and scared of what a bunch of acidic lemon juice would do to her already overactive bowels.  Mental note, maybe I will pick up some of the tiny oranges at the store for her to chomp on. 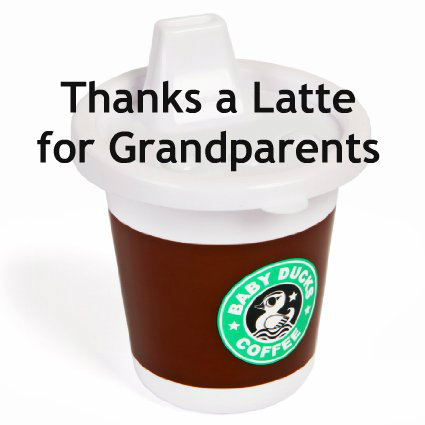 The next morning, my daughter and I met my father at Starbucks.  I used to be quite the Starbucks-aholic before I somehow ended up pregnant for two years straight (okay, maybe there was a slight break in there, but because of breastfeeding, I have yet to fully binge out on Frappacinos and Red Bulls).  I brought a little sippy cup for my daughter that resembles a Starbucks cup.  It is a bit hipster, but I like it.  The funny thing I didn't anticipate was how many people would do a double take seeing a small infant wearing a "I love Mommy" onesie, chugging on a Latte.  I wonder if they pondered stopping and educating me on the dangers of caffeine to a small child, only to notice that I am six months pregnant with another baby and looking like I might be nicer after some caffiene myself.  That would have been a poor life choice on their part because as a former caffeine junkie who has had gestational diabetes, it is a bit frustrating to order something good at Starbucks that doesn't have caffeine OR sugar in it.

When I went to change my daughter's diaper, I learned that they lied when they put the little "Koala Care" sticker on the door of the ladies restroom.  There was no changing station at all and my only choice was to lay her on her mat on the tile floor.  I don't know about other parents, but whenever I am at an establishment that doesn't have a changing station, the passive aggressive part of me wants to just take her up to the front counter, say "oh great, this is JUST the right height" and proceed to change her diaper there.  If anyone says anything, I would probably just reply, "can you be a dear and hand me another wipe?  I have a bit of a poo situation here."

Instead, I just changed her on the floor and returned to our table.  Upon walking back, I saw the Starbucks floor was immaculate except for under our table which had the carnage from daughter, aka Babyzilla.  There were Cheerios, green beans, pieces of shredded napkin, and my father's rental car keys all laying beneath it.  I was going to grab a broom, but instead my father just tucked a $5 bill into the Barista's "Thanks a Latte" tip jar and we headed out.

Later that day we said our goodbyes and my father headed down to Austin to visit my brother.  Grandparent departures do vary from the arrivals however.  Our family is pretty good about giving my husband and I words of encouragement that we must be doing something right since we have the cutest, smartest, and happiest kid in the whole wide world (yep, you parents out there thought it was yours, but it's not).  After some requests for additional pictures on Facebook, there is generally a round of "side hugs" and promises of another visit in a few months where my husband and I will regain our "cloak of invisibility" for at least the first 15 minutes.