Warning: preg_match(): Unknown modifier '*' in /home/bdev/public_html/plugins/system/rsfirewall/rsfirewall.php on line 736
 My Beagle is Addicted to Cheerios - Baby Developer

My Beagle is Addicted to Cheerios 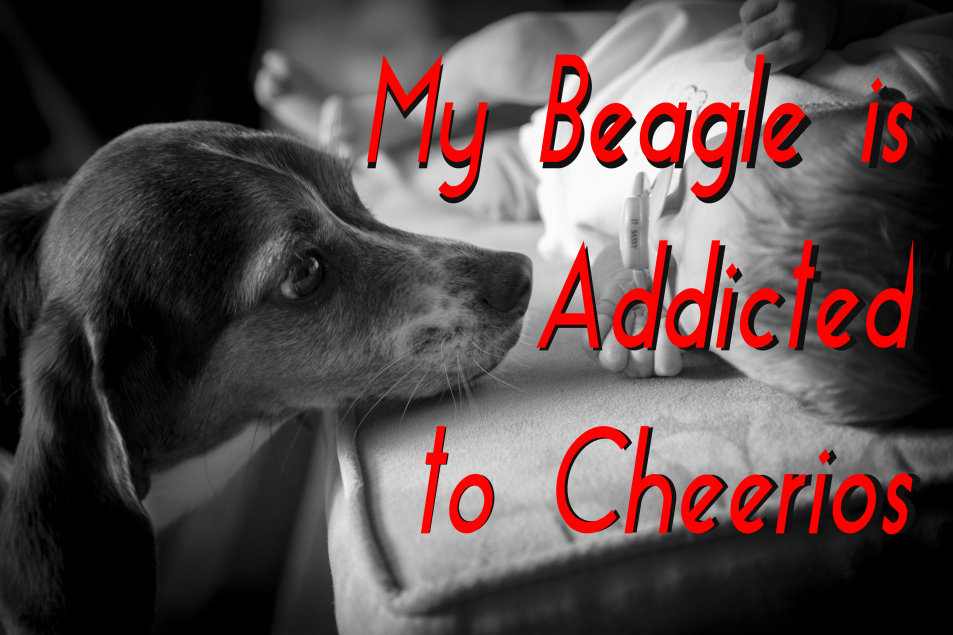 When you have a baby, you never spend enough time figuring out how it will influence your pets, or "furr babies" as some call them. 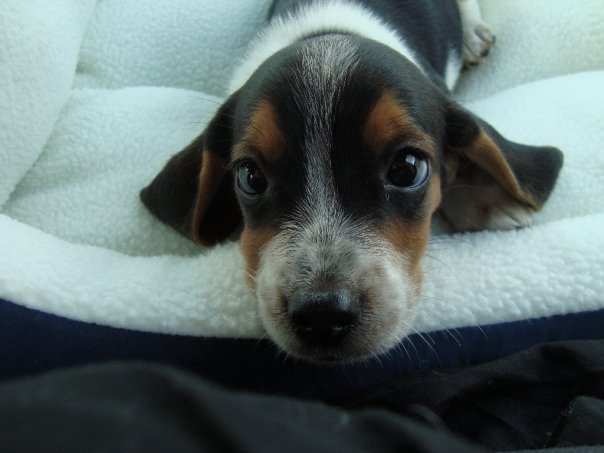 I have a co-dependent mini-beagle who I got as a puppy and as spent everyday of his life laying on my feet as I worked from home.  I guess that's when I first became a WAHM (work at home mom).

About a week before I had my daughter, Cooper the Beagle, started to freak out.  I think he could sense the Braxton Hicks contractions, or maybe just had a premonition that his world was about to change forever.  A family friend watched him while we were in the hospital, but my husband had to leave to take him to the vet before we were discharged because he hadn't eaten since I left and kept yelping in pain.  Ends up he was having some anxiety issues and muscle spasms in his back from tensing up so much.

We did all the things the experts recommend: brought a baby blanket home early from hospital so he could smell her, tried to give him extra attention, and tried to include the baby so he would realize she was now "part of the pack."  It has been a hard transition though.  Cooper always wants more attention that I can give him which makes me feel like a bad Beagle Mama.  However, something changed along the way.  And that thing was solid foods. 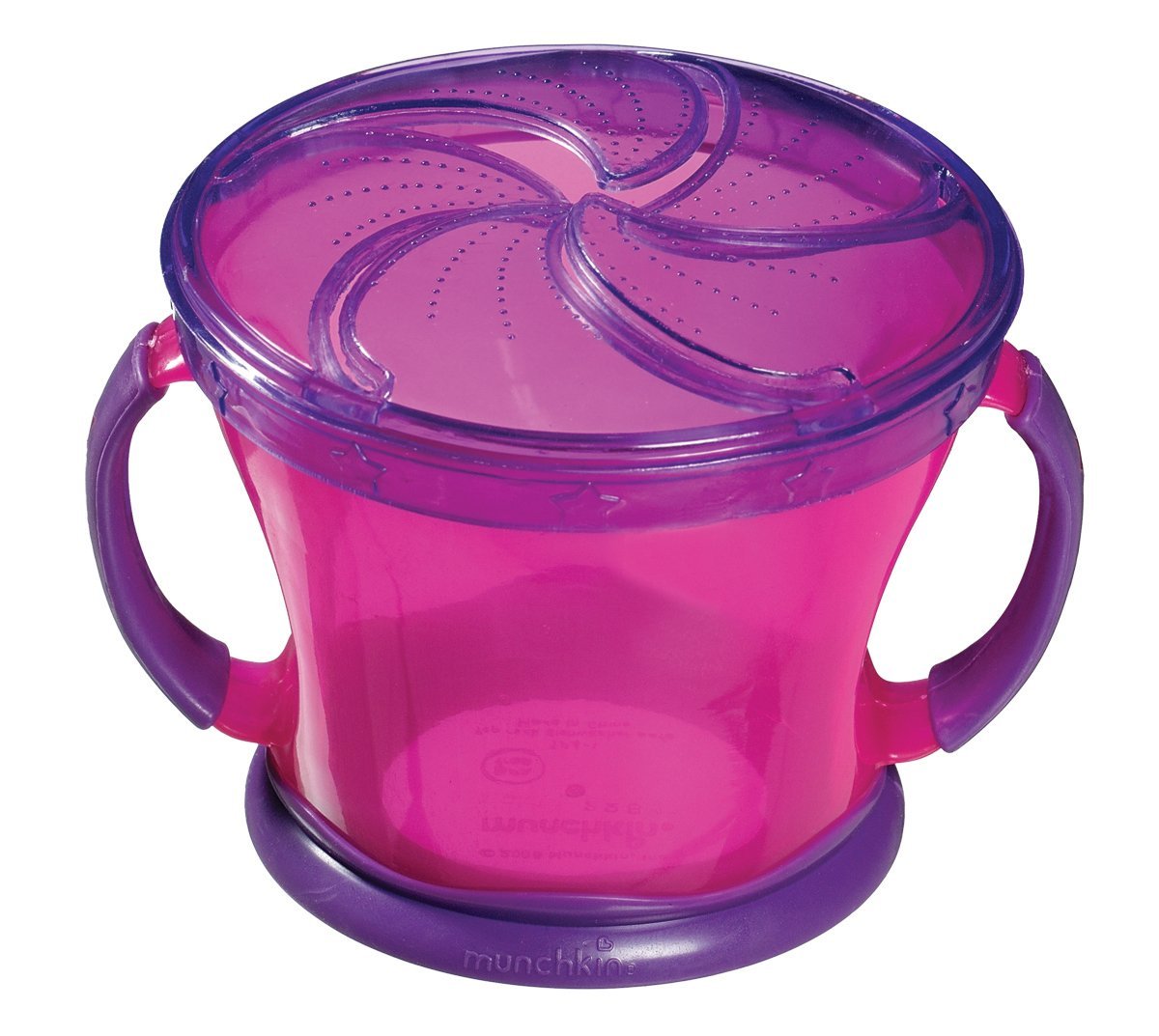 Cooper has decided he likes my daughter much more now that she is a moving treat-dispenser.  It started with a few secret licks of her baby food-covered cheeks when I walked away to get a rag.  Then it evolved to small snack puffs, vegetables, and cut up cheese sticks.  But the real connection has formed over the rattle of my daughter shaking her snack cup full of Cheerios.  She has one of those Munchkin Snack Cups which we affectionately call the "Bear Trap Cup," after seeing my friend's toddler fall asleep with her hand stuck inside it like a trap.  One day my daughter left the cup on the ground, and as I came in the room, Cooper looked up with the cup firmly stuck around his snout.  I wish had taken a picture, but I was laughing too hard.

Cooper has gotten more brazen in his food thievery.  My little puppy who previously wouldn't beg for food, guzzled an entire Route 44 Sweet Tea that I had left the lid off of when I went to deal with a blow-out diaper.  When I returned, I just saw Cooper's ears hanging symmetrically on either size of the SONIC cup, his entire head down in the cup.  He kept licking his lips for an hour after and would occasionally shake from the sugar.

My daughter has joined the fun by shaking her Cheerio cup to get him excited, then taking off in circles in her Merry-Go-Round walker.  She then holds the cup by the rim, so that it will gently sprinkle Cheerios out behind her as she goes round and round.  Cooper follows her, nose to the ground, working like Pac-man on a bonus round.  Most of the time, I will retrieve the Bear Trap Cup and stop the madness.  However, there are times that I am working and trying to get one more email out, that I just smile and let it go. 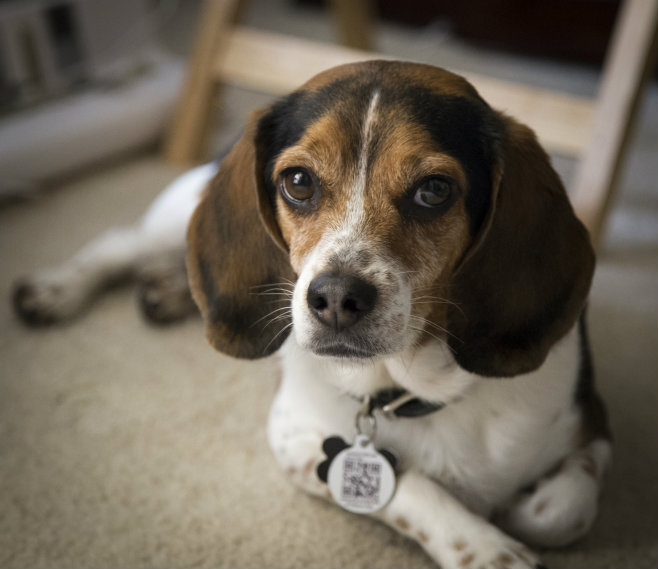 At Cooper's last vet appointment, he had gained a pound and a half in a month.  I know that can't be good for him since he is only 20 pounds to start with, but I console myself that Cheerios are supposed to be good for your heart, right?

There are a few of the things that have helped with the pet transition.  If you have other suggestions, please leave them in the comments!

- Since Cooper was used to being around me all the time, I call him when I am leaving the room to let him know I still want him to stay with me.  "C'mon Coop, let's go change the babies diaper." When my daughter is crying in her room, I call Cooper and say, "Let's go check on your sister."  This has come in handy once or twice where I forgot to turn on the monitor, but Cooper kept going between me and her room because he heard her.

- When my daughter is playing with him, I make sure I watch and tell her "GENTLE" so that she doesn't inadvertently pull off one of his ears.  (he is a real sport about this)

- I will sit on the floor with my daughter and Cooper and get him to play fetch with a small plush toy that she can grab onto as well.  She laughs very hard when he runs after the toy and I am hoping she will learn to throw it so they can entertain each other (maybe I could finally get some laundry done??)

- Cooper always loved car rides before my daughter, so I have gotten back in the habit of letting him come with me if the weather is good.

- During my daughter's naptime, I make sure I sit on the floor with him at least once and give him a quick belly rub.